Cover Reveal For Behind Closed Doors By Ashelyn Drake 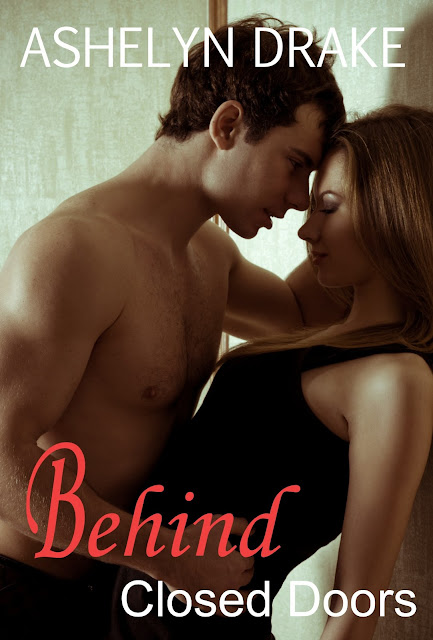 Summary from Goodreads:
Julia Monroe is through wishing she had an older guy like her best friend Noelle does. It’s time for her to act on her desires. So when she sees sexy, twenty-three-year-old Darren McEntire eating dinner alone at the pub, she decides to make her move. The attraction between them is undeniable, and even through Julia isn’t looking for a one-night stand, she winds up back at Darren’s place the same night she meets him. Only being with him makes her realize what she’s been missing dating other guys. All she wants is Darren.

But Julia allows Darren to think she’s his age and a grad student at the nearby college. She knows she has to confess the truth, but she’s afraid to shatter what they have. Not knowing what to do, she starts the semester only to discover that her new teaching assistant is none other than Darren. With the lies out in the open and campus policy against them, Julia and Darren know the relationship should be over before it even begins. But the chemistry between them is too strong to deny.

Can they find a way to be together or are they doomed to only see each other behind closed doors?