Today I have two mini reviews!! 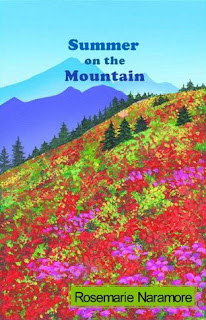 When artist Summer Windham is offered the chance to vacation at her boss, Gwendolyn’s, mountain cabin, she’s delighted. There’s a catch, however. Gwendolyn wants her to paint a landscape to gift to her husband. Although Summer is experiencing “painter’s” block, she agrees to give it a go. On the mountaintop, she meets her boss’s ruggedly handsome forest ranger son, and the two immediately clash. He’s convinced his mother is playing matchmaker and he simply doesn’t have the time to be bothered. Or, does he?


Let's summarize this story in a few short sentences. Summer is asked by her boss, Gwendolyn to paint a landscape as gift to her husband. Summer heads to the couples cabin in the mountains, and it is there she meets their son Jarrod (forest ranger).Jarrod thinks she is trespassing on private property and instead of letting summer explain that she knows his mother, he calls the police deputy. After that little fiasco he moves on to thinking his mother is trying to set him up again, and after his previously failed relationship, where she claimed she wasn't a "Woodsy gal" he thinks he isn't ready to date again.
Even after some embarrassing moments (and there is a lot of them).Summer rediscovers her love for art, Jarrod rediscovers his love for relationships. They both discover the love they have for each other.
"Summer on the mountain" is a great novel. Once I started reading, I just couldn't put it down. What I like most about this book is that the characters were believable, and well defined. Also the book had a solid plot, was fairly decent in length, and well written. I got this book during one of the free promotional days, but I would have easily paid over the regular price. I recommend everyone grab a copy of this book, you will not regret it.
Characters: 5/5
Plot: 5/5
Ending: 5/5 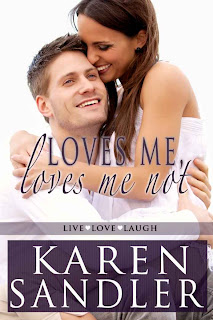 Elementary school principal Katherine Tipton is used to dealing with mischievous children. But the problems she's having with one unruly pupil are nothing compared to the trouble she finds herself facing with the child's attractive father. Single dad Steven Walker made a fortune designing wacky computer games for kids, but that won't stop Katherine from trying to make him see reason. While paying a visit to the funhouse Steven calls home, Katherine is all business. But try as she might to disapprove of his carefree attitude, the sexy creative genius charms her into having some fun. Steve's convinced there's a passionate and high-spirited woman beneath Katherine's strait-laced exterior-and he's determined to win her. But Katherine's going to have to teach him the rules of this game. The game called love.

"Loves me, Loves me not" caught my attention from the very first sentence, and it continues to hold it until the very end. I loved, loved, loved both the hero and heroine, they are both so different from each other yet so compatible together.Even though they are attracted to each other, they try hard not to act on those feelings based on their opinions of each other. Steven thinks Katherine is prissy, uptight and doesn't know how to live life. Katherine thinks Steven lets his daughter run amuck, doesn't approve of his love for computer games, and thinks he's careless. Their biggest challenge is Katherine will not date a student's fathers...and she's kind of engaged. As the story moves along their chemistry grows and you're left wondering if they will ever act on their feelings.Let's not forget the secondary characters that brought a lot of humor to this book.I fell in love with Steven's daughter Corazon, she was an adorable seven year old,what's not too love? Cousin Denny was a hoot,so was Grace (Katherine's mother) and Ralph (Steven's dad).It moved along at a steady pace,was the perfect blend of romance and humor,and was never boring.The only downside in my opinion was the ending.I would have loved to see their relationship develop over time.Aside from that great book.Download this book,you will not regret it!