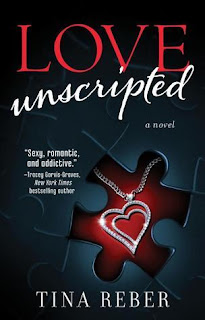 Ryan Christensen just wanted to be an actor. Never in his wildest dreams did he imagine a life where fans would chase him, paparazzi would stalk him, and Hollywood studios would want to own him. While filming in Seaport, Rhode Island, Ryan ducks into a neighborhood bar for a quick escape from legions of screaming fans…and finds much more than he expected. A Small Town Girl… Nursing a recent heartbreak, Taryn Mitchell believes men are best kept at a safe distance. But when Ryan Christensen unexpectedly bursts through the front door of her pub, she can’t help but be drawn in by his humor, charm, and undeniable good looks. At six foot two, with dirty blond hair, blue eyes, and an incredible body, Ryan has every girl in Seaport swooning. But Taryn isn’t every other girl. A Relationship that Doesn’t Follow the Script… Despite her better judgment, Taryn soon finds herself falling hard for Ryan. But is their bond strong enough to survive the tabloid headlines, the relentless paparazzi, and the jealous fans who seem determined to tear them apart?

First thoughts
What first caught my eye out this book was the blurb. I was in the mood for something light and fresh. One of those stories were you think you will know the ending before reading it, and there will be no surprises.  So after I got the book I was ready to dive in.

My thoughts
Firstly this story is more than just small town girl meets celebrity and instantly they’re in love! Taryn is the owner of a small town bar who is completely unfazed by the movie stars whom are taking over the town. While everyone is talking about the movie that is being filmed in their town, all she cares out is opening her bar on time. Ryan is the main star in "seaside". He is known for this on-screen romances, and for being so hot that ladies follow him everywhere. To escape a hoard of fans he runs into Taryn’s bar. She makes sure he is safe, they start to talk, and then she realizes that maybe she shouldn’t let the magazines and news media speak for his character, he can do that on his own.

The main thing I liked about this book is how realistic it was. Once you get over the movie star “godlike” praise we give celebrities you could see that Ryan was just another flawed and confused man. He wanted the career, but not the fame that came with it. Taryn is an individual who has been hurt before, so she is so insecure, and guarded it takes a lot for her to trust Ryan. From the beginning the attraction is there but the fear of what if’s kept pushing them back.

Throughout the story we see them build a relationship that is strong, yet, has its setbacks. Can Taryn withstand the pressure of being in the media’s eye? Will her insecurities come back to bite her in the butt or is Ryan even ready for a serious relationship?

Even though I loved but Ryan and Taryn I can say that there constantly second guessing themselves got old. I was like do you guys want to be together or not? Cause if so you have to work on it or just break up.  I feel like I had this problem due to the fact that the book was almost 600 pages long!! YES 600 pages. I love how the relationship or nothing of the sorry wasn’t rushed but when something is that long after a while it gets old.

I read this on my kindle and didn’t even look at the pages. So I didn’t know until later that is was so massive.  I didn’t check the description until later. After like half a day I was like why am I only 50% done. With that being said that was the only thing really bothered me.

The author does a great job of showing a realistic love story and character friendships. Overall Love Unscripted was a great story!! Lovable characters (for the most part), a lovely small town setting, great plot, solid pacing, likable supporting characters, romance, drama, and a little mystery.

I highly recommend this book to any book lover!