OK!So, David Levithan(Win) ans Andrea Cremer(who's work I haven't won) YA authors came together and will be giving us a book. And I'm pretty sure this will be an amazing book. Anyway the cover was released exclusively on Entertainment Weekly dot com
Based on the Synopsis and the Cover I'm in love!!!
Here is the EW article
and Synopsis below 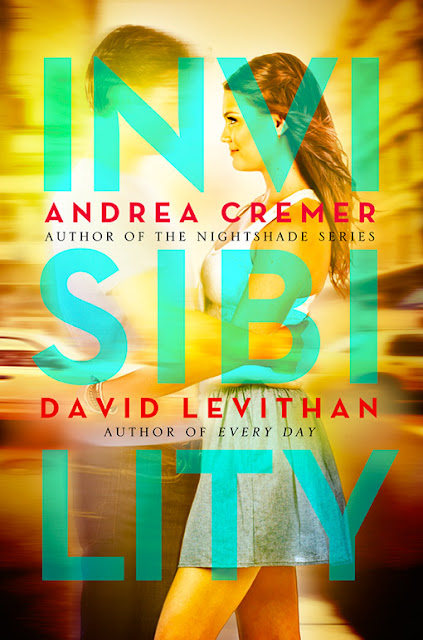 Stephen has been invisible for practically his whole life — because of a curse his grandfather, a powerful cursecaster, bestowed on Stephen’s mother before Stephen was born. So when Elizabeth moves to Stephen’s NYC apartment building from Minnesota, no one is more surprised than he is that she can see him. A budding romance ensues, and when Stephen confides in Elizabeth about his predicament, the two of them decide to dive headfirst into the secret world of cursecasters and spellseekers to figure out a way to break the curse. But things don’t go as planned, especially when Stephen’s grandfather arrives in town, taking his anger out on everyone he sees. In the end, Elizabeth and Stephen must decide how big of a sacrifice they’re willing to make for Stephen to become visible — because the answer could mean the difference between life and death. At least for Elizabeth