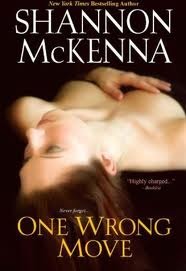 SECRETS NEVER DIE Alex Aaro has spent most of his life on the run from his Ukrainian mafia family. But when he learns that crazy Aunt Tonya, the only relative who ever gave a damn about him, is dying, he risks returning home to say goodbye. He’s prepared for anything except the call from his friend, Bruno Ranieri, that sends him on a wild and dangerous ride with a mysterious woman who holds a deadly secret and a white hot passion that binds them together. Social worker Nina Christie has no idea how much trouble she’s in when her Aunt Helga shows up unexpectedly, emaciated and bleeding, and injects Nina with an unknown drug. Now a ruthless crime syndicate will stop at nothing to make Nina disappear, and only Alex Aaro, that inscrutable six-foot-four rock hard slab of lean muscle, stands between her and certain death. Now Nina and Alex are in a race against time, death, and their desire for one another…

This story is different from anything I’ve ever read. Suspense, thrillers are not my thing, but I figured mixed with romance that it would all balance out! Let me just say I don’t think I knew what I was getting into. After the initial first chapter, where a lot happens; I mean Nina is followed, drugged, and hospitalized all before the second chapter. Then from there on out it gets crazier. I will admit that for a short while I was a little confused. But once I got back on track with the plot I was more than intrigued.

The action started from the beginning and then got more intense as the story continued. Nina is just walking to work one day when she notices someone following her. She instantly thinks the worst, but while trying to call 911 the mysterious person following her calls her name. Turns out it’s her aunt Helga and she’s speaking Ukrainian, and before they can get reacquainted Helga injects her with an unidentified drug. This is where Alex comes in he is need to translate the message. Turns out, if she doesn’t get does B in a few days, she will die. So she and Alex are a race to get Does B all the while trying to stay away from Sergei, the man that is out to kill her. Did I mention this drug gives the person mind abilities? Yea, sit and think about that one. This plot is all kinds of unique, and crazy.

The characters are Nina and Alex. Nina is sassy. She hides her insecure with wit and drab clothing. Alex is a great alpha male, he is rough and tough and super sexy. I fell in love with him from the beginning; I mean who doesn’t love a man with a gun! And them, together is blazing Hot! I think the reason I really enjoyed these characters were because the author gives them a great backstory. They are also flawed; they didn’t have the best childhoods or relationships. Trust doesn’t come easy.  You also get a great supporting cast. My favorite character was Miles! I also enjoyed Bruno and Lily!

Overall, this story was a pleasant surprise! It’s got me thinking about reading more suspense stories. At the very least it put Shannon McKenna on my list of authors to watch!  I will be reading the previous books from this author. If you are looking for a book with basically every genre then this is the one for you. You get action adventure, suspense, romance, and comedy ALL in one!